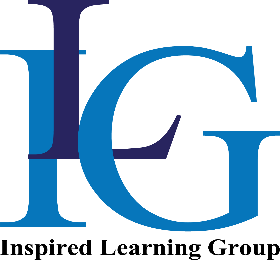 Inspired Learning Group, who own ten independent prep schools and four stand alone nurseries, worked with a number of the country’s largest private education groups to reassure hard-pressed families that independent schools are reviewing their finances to assist parents in the present covid-19 (Coronavirus) emergency.

In a letter in The Times on Friday 27 March, the groups outlined what the independent schools sector are collectively doing to support families during difficult times whilst also ensuring continuity of education for their children.

The seven groups and the Chief Executive Officer of the Independent Schools Association, Neil Roskilly,  promised to provide uninterrupted education for their pupils during these uncertain times, whilst also appealing to parents not to withold fees. The groups recognise that some parents will face unprecedented challenges and wanted to reassure them that they will do everything possible to support parents financially during these challenging economic times.

“As proprietors of some of the country’s largest private education groups we want to reassure hard-pressed families that schools are doing what they can to help in the present emergency. Private schools are operating extensive online learning platforms so that children’s education will not be interrupted, and the fees parents pay are also helping to support many of the country’s key workers, who are vital to our fight against the coronavirus. Despite that, some parents might consider withholding fees if the nature of provision has changed, albeit only in the short term. No school wants to make teachers redundant, recognising that the relationship between teacher and pupil is the most precious commodity; parents will want reassurance that this will still be the case in September. We are happy to give that reassurance while recognising that parents also face unprecedented challenges. Our schools are doing everything possible to support parents financially during the present crisis.”

We use cookies on our website to give you the most relevant experience by remembering your preferences and repeat visits. By clicking “ACCEPT ALL”, you consent to the use of ALL the cookies. However, you may visit "Cookie Settings" to provide a controlled consent.
Cookie SettingsREJECT ALLACCEPT ALL
Manage consent

This website uses cookies to improve your experience while you navigate through the website. Out of these, the cookies that are categorized as necessary are stored on your browser as they are essential for the working of basic functionalities of the website. We also use third-party cookies that help us analyze and understand how you use this website. These cookies will be stored in your browser only with your consent. You also have the option to opt-out of these cookies. But opting out of some of these cookies may affect your browsing experience.
Necessary Always Enabled
Necessary cookies are absolutely essential for the website to function properly. These cookies ensure basic functionalities and security features of the website, anonymously.
Functional
Functional cookies help to perform certain functionalities like sharing the content of the website on social media platforms, collect feedbacks, and other third-party features.
Performance
Performance cookies are used to understand and analyze the key performance indexes of the website which helps in delivering a better user experience for the visitors.
Analytics
Analytical cookies are used to understand how visitors interact with the website. These cookies help provide information on metrics the number of visitors, bounce rate, traffic source, etc.
Advertisement
Advertisement cookies are used to provide visitors with relevant ads and marketing campaigns. These cookies track visitors across websites and collect information to provide customized ads.
Others
Other uncategorized cookies are those that are being analyzed and have not been classified into a category as yet.
SAVE & ACCEPT